As the most romantic holiday of the year approaches, it’s the perfect time to examine the illicit side of jewellery, featuring depictions of nudity and sexual themes as self expression. The history and psychology behind coveting, desiring and lusting after jewellery has much in common with carnal connections between people, and the enjoyment we all feel when wearing precious materials against our skin. 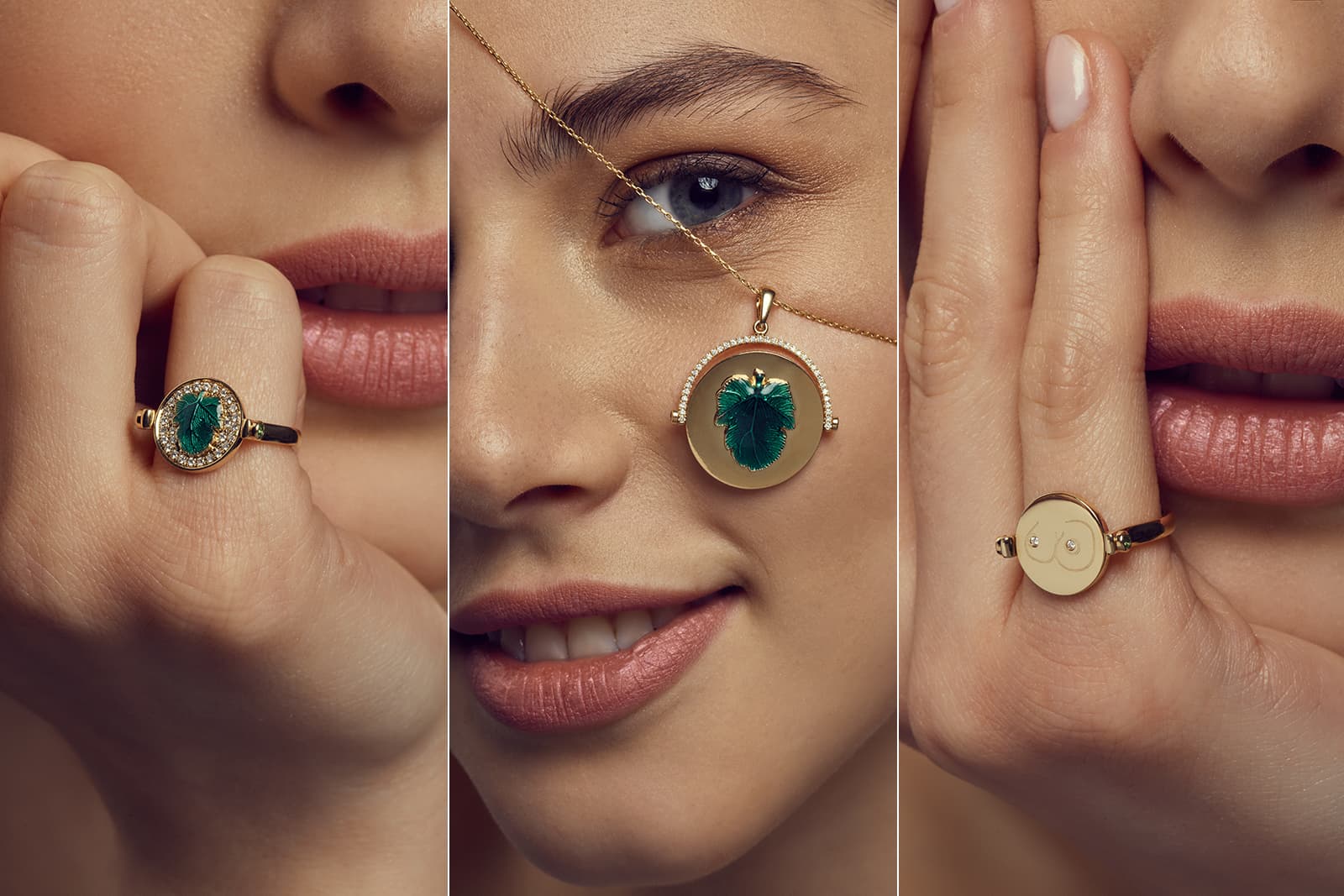 Parisian women are known for their sex appeal, so it comes as no surprise that one of the widest collections dedicated to eroticism came from the French jeweller Lydia Courteille. In 2019 she created a tribute to Paris called La Vie en Rose - romanticising the glamour of the city of love. It included approximately 20 unique jewels that were inspired by lingerie and erotic playfulness embodied in rings, earrings, necklaces and even a tiara. The aesthetics of Parisian lifestyle include sexy black lace lingerie and late night cabarets, and these are reflected in the hero piece - a cocktail ring, whose central morganite intaglio carving weighing 18.84 carats depicts a couple caught in a moment of passion.

An altogether less sensual but more biological take on the theme of lust can be found in Solange Azagury-Partridge’s Miracle ring from her new Sentimentals collection. Engraved in the yellow gold is an interpretation of the miracle of life itself, set with a diamond. The subtlety of this subject makes this ring an ‘open secret’ - appearing from relative short distance as though the patterning is a random textured gold.

A simple and direct interpretation of the sexual theme comes from Runa Jewelry, a brand which specialises in jewels that take on controversial and shocking forms: such as razor blades, pills and drug taking paraphernalia. The Lingam necklace is a bold style choice with no hint of discretion, where golden phalluses decorated with sapphires hang pendulously from a chain.

The 2019 Central Saint Martin Jewellery Design graduate Wenju Tseng caused a commotion when her knitted freshwater pearl brooch was widely shared on social media. It was not only the carefully crafted design which caught people’s eyes - but rather that the brooch was in the shape of a condom. The artwork draws attention to the gender preference embedded in Tseng’s native culture by using pearls - a material commonly associated with femininity - in an irreverent, masculine form.

The famous saying "sex sells" goes for jewellery as well as music, culture and fashion. Sexuality and jewellery both appeal to primal instincts in us as humans, and celebrations of sex in jewellery create a vibrant and playful way to enjoy luxury accessories.